A lot of us don’t even realize this but It was about 500 years ago that man started dabbling in portable timepieces. With Patek Philippe just celebrating their 175th anniversary in the world of horology only about four years ago, this illustrious and innovative Genevan watch manufacturer has almost co-written one-third of horological history.

Widely viewed all over the world as one of luxury watches’ most well-known and prestigious names, Patek Philippe is one of the leading manufacturers of exquisite timepieces known to man.

The story of this watch manufacturer was born from the fascination of a young Polish immigrant who endured numerous trials and tribulations, yet stayed true to his ethos. Here’s the story of Patek Philippe

The story of how it all began :
Born in Poland in 1812, Antoine Norbert de Patek had grown up in quite the testing times. He joined the Polish Rifles regiment at the tender age of 16, and fought in the Polish-Russian war of 1830. Later through the year, the Polish uprising was crushed, forcing Patek and his family to begin their migration to Western Europe. Patek had eventually settled in France, but was eventually forced resettle in Switzerland by the government.

This is when the actual interest in watchmaking began, in Geneva. Patek became so was enthralled by the Geneva’s watchmaking history and the beautiful artistry of jewellers, enamellers and engravers. Now a refugee, Patek often sought only the company of other immigrants and met François Czapek who was also a Polish watchmaker. In the May of 1839, Patek, along with Francois Czapek and Thomas Moreau started a watchmaking company called Patek, Czapek & Cie – Fabricants à Genève. Little did Patek know at that time that this would be the beginning of an everlasting timeless legacy.

Although the company was successful in the beginning, discord between Patek and Czapek about various issues crept up, eventually leading them to part their ways. It was at this point that Patek was introduced to the gifted watchmaker from France, Jean Adrien Philippe in an exhibition.

In the exhibition, Philippe’s patented invention for winding a watch movement and having set hands without needing a separate key (which was the norm at that time) was appreciated by everyone, and even won a Gold Medal. Young Patek was very interested in this mechanism, and started working with Philippe intensively. He terminated his partnership with Czapek and together with Jean Adrien Philippe and Vincent Gostkowski, a third partner, Patek Philippe established a completely new company under the name Patek & Cie, – Fabricants à Genève, which eventually was renamed Patek, Philippe & Cie, as we know of it today.

With Philippe’s modern production processes and innovation, Patek then began to pursue an the intrinsically innovative style of marketing, that still ranks Patek Philippe watches amongst the world’s most sought-after luxury watches.

After the turn of the century in 1989, Patek developed what is known to be one of the most complicated timepieces in the world - the Calibre 89, with 33 complications to commemorate the 150th anniversary of Patek Philippe. Did you know? The first Calibre 89 set a new record for timepieces, by being sold for a solid 4.6 million Swiss Francs!

After this, the limited-edition anniversary wristwatches – the Jump Hour Ref. 3969 and the Calatrava Officer Ref. 3960 – were launched too.

If you sit back think about it, Patek Philippe’s is an elaborate and never-ending story of constant creation and renewal and with the evolution of technology, we are sure to see more breathtaking timepieces from them.

Established in 2011, the Phoenix Watch Company specializes in the sales of luxury watches in partnership with our company in Europe in operation for well over 20 years. We are located in the center of the busy shopping and tourist district of Tsim Sha Tsui in Hong Kong and our core expertise is the sale of new and used watches belonging to some of the best Swiss brands like Patek Philippe, Audemars Piguet. Rolex. Cartier, IWC and many more.

Over the years we have built an invaluable suppliers’ database with companies around the world, attended an extensive list of watch conventions thereby giving us a solid reputation in the industry and a company that you can trust in. We have significant experience satisfying the needs of customers all over Europe, Asia & America, with a reputation for having the best deals both on new and used luxury watches. Our new watches are sold with box, international warranty and kits provided by the manufacturer. 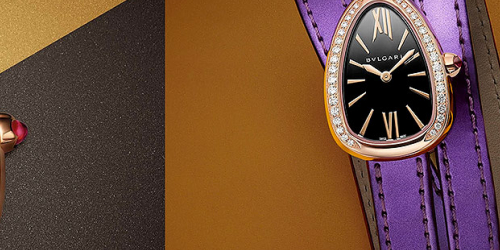