Panerai, a word that spells swag, style and success. Panerai watches have always captured the hearts of horologists and amateur watch-collectors world-wide. And why not, with the largest online organic following known to exist, the Paneristi, Panerai is arguably one of the best luxury watch brands of the world.

When you think of Panerai, you also think of the size and the robust build of it. With it’s popularity among celebrities like Sly Stallone and Arnold Schwarzenegger, the company's historical penchant in making robust watches, turned into a worldwide style trend. You can also read about movie stars and their favourite watches, featuring Panerai, here

Let’s take a closer look at the newest and the most thinnest member to the Panerai family, the Luminor Due or PAM 903. Featuring minimalist lines with a sophisticated technical reworking of the historic Luminor design, it is quite an eye-catcher. 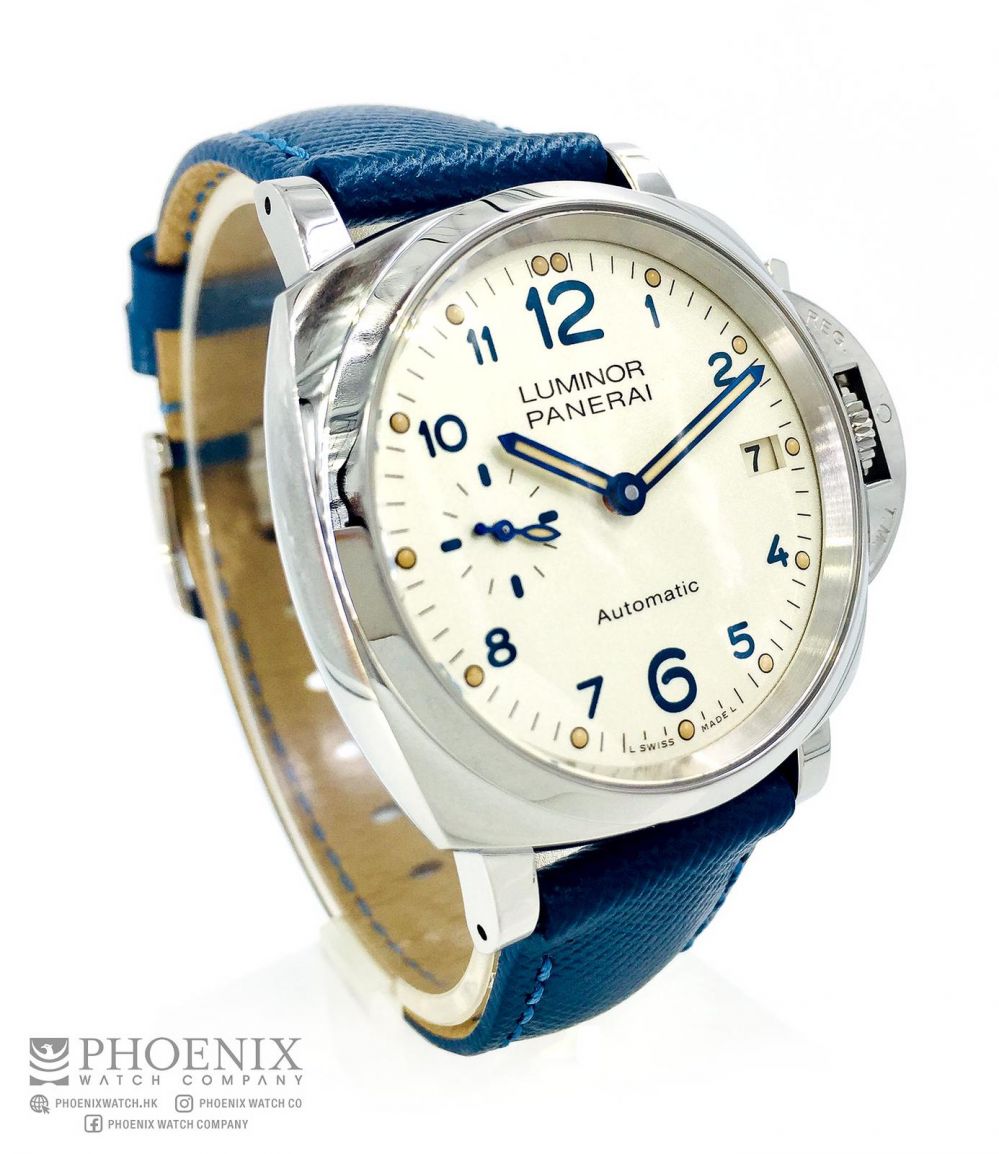 While we don’t normally associate Panerai with a dress or a party watch, given that the illustrious history of the Panerai comes from the Italian’s Navy’s watches, the Panerai Due has embraced modernity and it reflects in the size. When the Panerai Due or PAM 903 was first unveiled in 2017, it quickly became known as the first Panerai dress watch.

Although acceptance, in the beginning, took some time, the watch soon won many fans. The Panerai Due is more elegant and suitable to pair with a suit, given that it is much thinner than it’s predecessors.

You simply cannot take your eyes off, once you look at the Panerai Due. With a  very handsome and elegant design, the Panerai Due, in the rose gold and an ivory case is a visual delight. 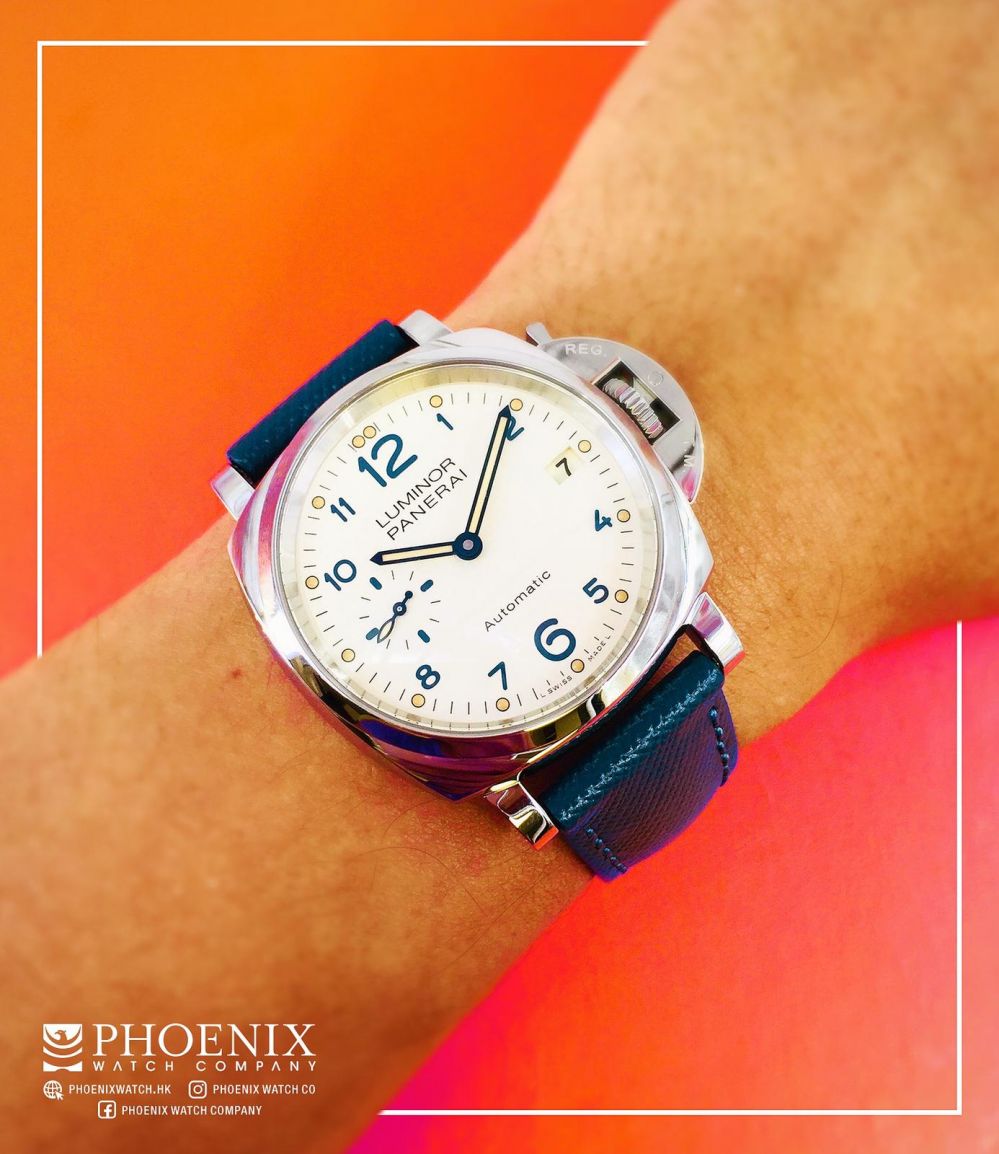 The case and the dial :

The case remains more or less the same, Luminor style, with the ultra patented crown guard and a unique lever protection system, which provides the Luminor Due 38 most of the genetic material that makes it look like any other Panerai.

The proportions have been changed and the new ones chosen are much easier on the eye. When you don’t have anything else to measure it against, it looks like any other Panerai.

But once you wear this illustrious timepiece on your wrist, the entire picture changes.

With a  diameter of 38 mm, combined with the 11.2mm thickness, the PAM 903 no longer looks or feels bulky like a tool watch that you usually feel while wearing on your wrist.  The sleek an elegant looking Panerai Due 38mm is easy to slip on and caters to the modern individual's taste, beautifully.

The Panerai Due 38 mm has hands in the usual lancet style, with the second’s hand resembling a leaf. There is SuperLuminova filled in the dots and the hands, which makes the watch very easy to read in the dark, too. 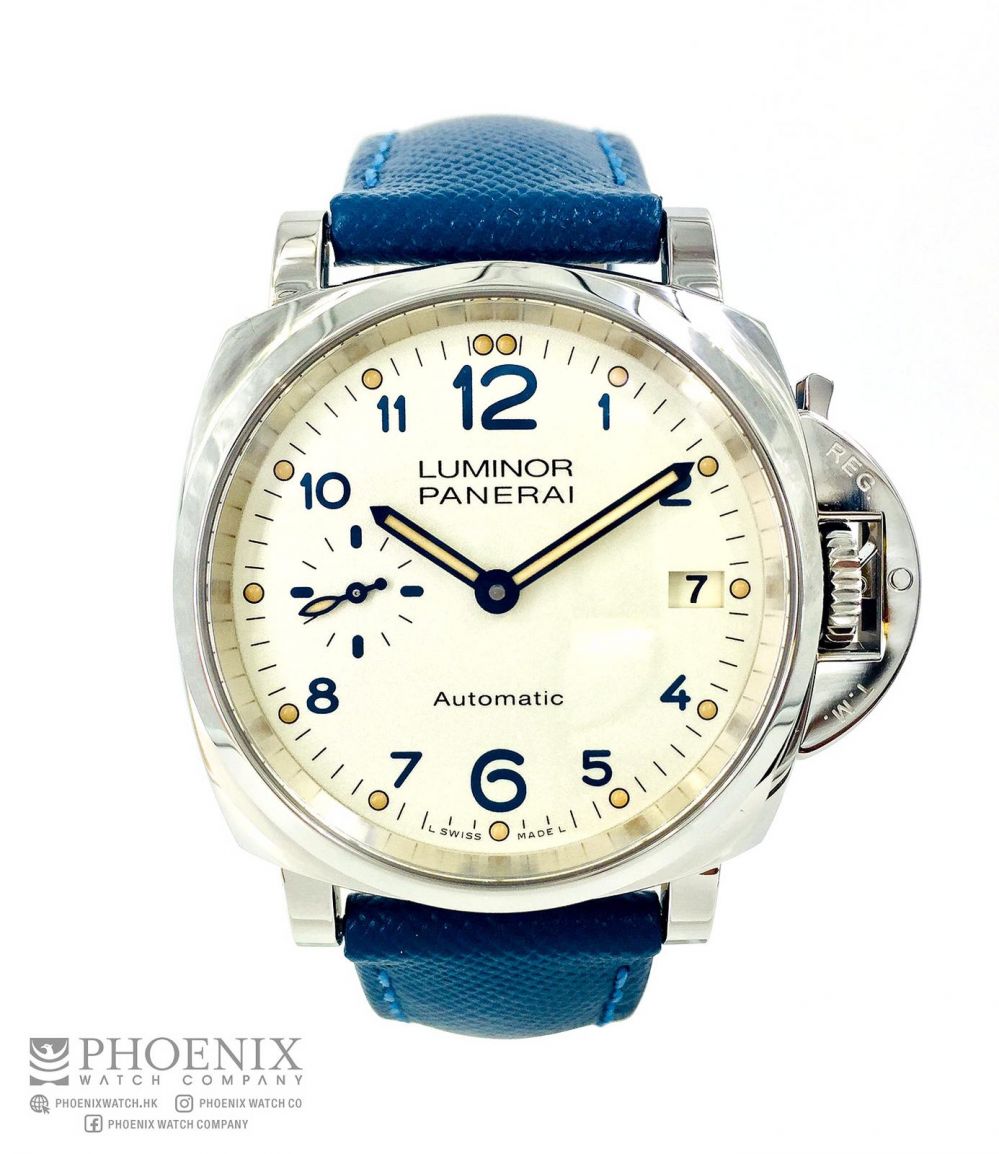 All versions of the Panerai due come with the caliber OPXXXIV movement, the latest movement from Panerai. The movement is also known as a group movement, which basically means that there are several brands within the group.

The Panerai Due 38 mm comes with a brilliant 3 day power reserve and is sure to last through the weekend, leaving you to have fun, and charge it back again on Monday.

You can easily see  the automatic mechanical, OP XXXIV calibre from the back, that is sure to enthrall you. The Panerai Due’s movement is 12½ lignes, 4.2mm thick, 23 jewels, 28,800 alternations/hour. Incabloc® anti-shock device.

The elegance and the beauty of the Luminor case, combined with the Panerai Due 38 mm case is a combination for a match made in heaven. Light on the wrist, sitting well and elegantly, the Panerai Luminor Due 38 unlike it’s predecessors, fits quite well even under a dress shirt or a suit.

The reason for the Panerai Luminor Due 38’s commercial success is also the fact that it can be worn by anyone and it’s quite unisex in it’s overall appeal. No wonder that it has become the most talked about watch on social media, and has such a large fan following.

Phoenix Watch Company offers the best possible deals on pricing for all Swiss Luxury Watches. Please contact us at info@phoenixwatch.hk for more information.

Just to give you a background on our history, established in 2011, the Phoenix Watch Company specializes in the sales of luxury watches in partnership with our company in Europe in operation for well over 20 years.

Located in the center of the busy shopping and tourist district of Tsim Sha Tsui in Hong Kong and our core expertise is the sale of new and used watches belonging to some of the best Swiss brands like Luminor Panerai, Patek Philippe, Rolex, Vacheron Constantin and more. 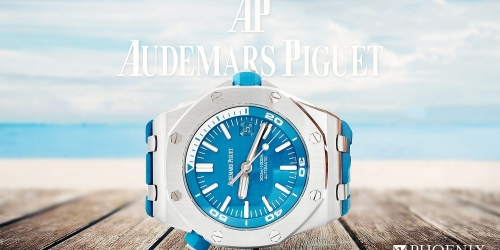 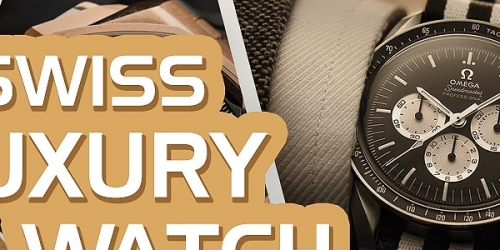 The top reasons why one needs to buy a luxury watch - and where you ... 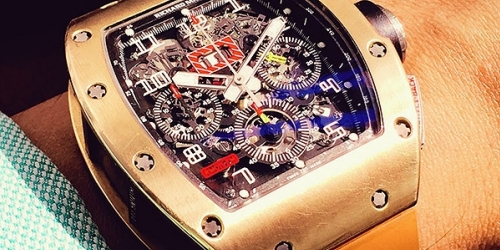 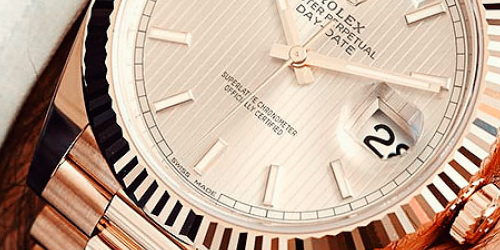